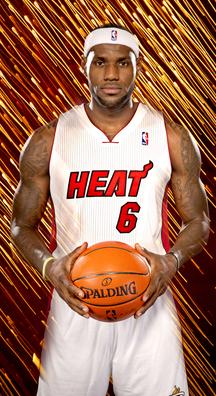 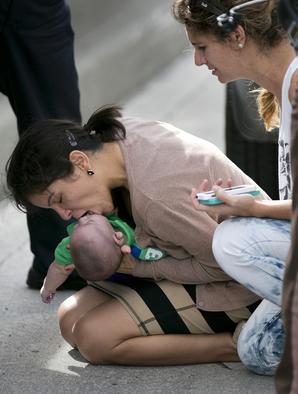 Al Diaz, a Peak Design Pro, has been presented the Humanitarian Award by the National Press Photographers Association (NPPA) for his efforts in the CPR rescue of baby Sebastian de la Cruz on a busy highway. Al flagged down police after the infant stopped breathing, then captured one of the rescue’s most dramatic moments. The photograph was awarded “Photograph of the Year” by the Associated Press Media Editors (APME).

“A still photograph can change the course of history, affect policy, raise awareness and cause leaders to act, such as the image capturing the breath of life. Once viewed, it can inspire others to become trained in CPR techniques so they too can save a life.”

The Miami photojournalist, Al, doesn’t wait to be handed an assignment—he never stops shooting. He wakes up each morning raring to tackle the waiting-to-be-photographed world. From the US invasion of Panama, Balseros in Cuba, the coup attempt of Venezuelan President Hugo Chavez to the devastation of Hurricane Andrew and the deadly earthquake in Haiti, he has had his boots on the ground.

His photo of the Miami Heat’s glitzy launch of their “Dream Team” players—Dwyane Wade, LeBron James, Chris Bosh—spoke to the essence of that NBA-on-steroids moment. He has photographed Super Bowls, the World Series, NCAA championships the NBA Finals, and the Olympic Games. His sense of timing and eye for the revealing shot have also personified the likes of Madonna, Paul McCartney, OJ Simpson, Britney Spears, Penelope Cruz, Shaquille O’Neal, Tiger Woods and five U.S. Presidents.

Although perfectly at ease shooting boldface names and superstar athletes, Al’s visual journalism is at its most poignant when he’s capturing the “common” man and woman. His tender portraits of the homeless, the hungry, and the disenfranchised in Florida won him a Robert F. Kennedy Journalism Award.

Al is a member of the Miami Herald news team that won the Pulitzer Prize Gold Medal for the newspaper's coverage of Hurricane Andrew in 1992 and the McClatchy President's Award for Journalism Excellence for coverage of the devastating earthquake in Haiti in 2010.

Al, a Miami native, joined the photography staff at the Miami Herald in 1983 upon graduating from the University of Florida with a degree in journalism. Al takes pride in always being ready before the moment. 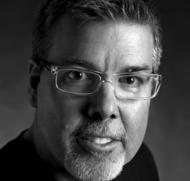